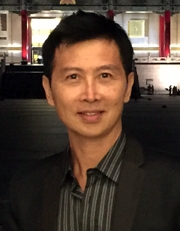 Jiang Qi is an internationally renowned choreographer and master teacher. He received his early ballet training at the Beijing Dance Academy, and he later received his BFA and MFA from the University of Utah Department of Ballet.