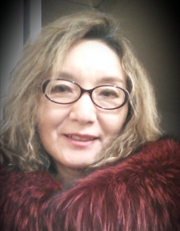 A former faculty member at of University of Nevada in Reno, Jeongwon Joe, Associate Professor, is a musicologist specializing in contemporary music. Her research specialties include cultural studies, gender studies, transculturalism, and media studies, especially film music and the intersections between opera and cinema. Dr. Joe is the author of Opera as Soundtrack (Ashgate, 2014 & Routledge's Paperback and e-Book, 2016) and co-editor of Wanger and Cinema (Indiana University Press, 2010 & the Spanish edition by Fórcola, Ediciones, 2018) and Between Opera and Cinema (Routledge, 2002). She is an associate editor of The Journal of Film Music and a member of the editorial board of Cambridge Opera Journal. The topics of her published articles include David Lynch's Blue Velvet, Milos Forman's Amadeus, Philip Glass's La Belle e la bête, Bill Viola's The Tristan Project, Gérard Corbiau's Farinelli, and "The Acousmêtre in Opera and Cinema."

Dr. Joe's works in progress include a monograph, Western Opera's Diaspora During the Japanese Occupation (1910-1945)  and the invited articles to be published in the three collections Žižek and Music, Music in Action Film: Sounds Like Action!, and Castration, Impotence, and Emasculation in the Long Eighteenth Century. She is also developing her conference papers into journal articles, which include "Sonic Subjectivity in Alex Garland's Ex Machina (2014)" and "Opera in Chan-wook Park's Stoker (2013)."

She has presented papers at numerous conferences including the national meeting of the American Musicological Society, the Society of Cinema and Media Studies, the International Musicological Society, Modern Language Association, International Federation for Theatre Research (IFTR/FIRT), and the International Wagner Symposium. Her most recent invited lecture is "Wagner in Film" to be presented at Abu Dhabi in United Arab Emirates in conjunction with UAE's premiere of the Bayreuth production of Wagner's The Valkyries staged by Katharina Wagner in January 2019. Along with Katharina Wanger, Dr. Joe is also a panelist at the panel  "Wagner in the 201st Century" at the same event at Abu Dhabi  Dr. Joe has taught previously at Northwestern University and Michigan State University and served as a private music consultant to Chan-wook Park, the director of Cannes award-winning films Oldboy (the Grand Prix in 2004) and Thrist (the Jury Prize in 2009).

Jeongwon Joe Korean Opera-film Chunhyang and the Trans-cultural Politics of the Voice .Muzikologija: Journal of the Institute of Musicology of the Serbian Academy of Sciences and Arts, , (5 ) ,181

Jeongwon Joe (07-2007. ) A Passage to Korea: Western Opera’s Diaspora During the Japanese Occupation of Korea . Level:International