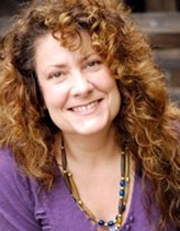 Member of the Society of American Fight Directors (SAFD), Actors Equity Association (AEA), American Federation of Television and Radio Artists (AFTRA), Association of Theatre Movement Educators (ATME), Association of University Professors (AAUP). Certified Fight Director, Certified Teacher, and the only woman in the United States recognized by the SAFD as a Fight Master, k. Jenny Jones is internationally in demand as a master teacher of contemporary violence, and is known for her arena style of unarmed stage combat called “Scrappy Fighting.”

Her regional Fight Directing includes choreographing Actor’s Theater of Louisville’s annual hit Dracula for the past three years, as well as the world premieres of Zoe Kazan’s Absalom and Naomi Wallace’s Hard Weather Boating Party; nearly 20 productions for the Tony award-winning Cincinnati Playhouse in the Park including Durango, Coyote on a Fence, Avenue X, Red Corners, 12th Night and Much Ado About Nothing; for five years she was the resident fight director for the Cincinnati Shakespeare Company working on such plays as Coriolanus, Richard III, Romeo and Juliet, Macbeth, Lovers and Executioners, Private Lives and Who's Afraid of Virginia Wolfe; numerous productions for the Cincinnati Opera including the world premiere of Margaret Garner with Denyse Graves; Of Mice and Men for the St. Louis Repertory; and the hit premiere of Jerry Springer the Opera for New Stage Collective. Other regional credits include Human Race Theater Company, the Know Theater, Portland Opera, Kentucky Opera and over 60 productions for CCM including Cyrano, Don Giovanni, The Rakes Progress, The Rape of Lucretia, Pelleas and Melisande, Man of LaMancha, Wild Party, Brigadoon, Crazy For You, As You Like It, 12th Night, Charlie’s Aunt, Glory of Living, Suburbia, The Lady’s Not For Burning, Anon(y)mous, Elephant Man and I Hate Hamlet.

One of the founders of the nation’s most successful premiere theaters, the Ensemble Theatre of Cincinnati (ETC), Jones continues to walk the boards and was most recently seen in ETC’s productions of Dead Man’s Cell Phone and More Fun Than Bowling. She studied the acting techniques of Michael Chekhov with Mala Powers, Andrie Malaev-Babel, Joanna Merlin and Russian Laureate Viacheslav (Slava) Kokorin. Owner/Director of the Bard alley Studio, she teaches the Michael Chekhov acting technique and mentors aspiring teachers of stage combat.

In 2007 Jones was awarded two Acclaim Awards: one for the role of Fraulein Schneider in CCM’s Cabaret and the second was the Cincinnati Acclaim “Most Valuable Player” award. She was named CCM’s Ernest Glover Outstanding Teacher in 2009.

1993 -To Present University of Cincinnati College-Conservatory of Music,