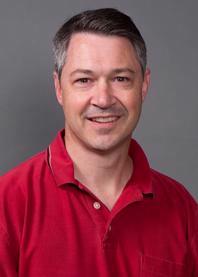 Joe is originally from Cincinnati. He attended the University of Illinois at Chicago where he received his B.A. in Communications. After graduating he moved to Los Angeles and started his career. In 2001 he moved back to Cincinnati to raise a family. He’s the proud father of three daughters. Before coming to Classics in 2015 he spent 12 years working at UC’s College of Education. Joe enjoys spending time with my family and friends as well as travelling and learning about other cultures.