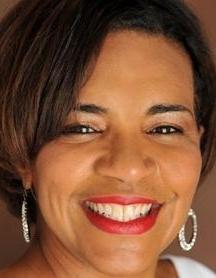 Paula believes Justice and STEM will move this country forward.  A native Cincinnatian, Paula earned a Bachelor of Science from Wilberforce in Mathematics and a Bachelor of Science in Electrical Engineering from the University of Dayton.  While pursuing her Degree in Engineering, Paula worked at Procter & Gamble and later at General Motors, where she began her career as an Engineer.
In pursuit of her passion for justice, Paula received her law degree from the University of Cincinnati College of Law.  She worked at the law firm of Benesch Friedlander, Coplan and Aronoff as a trial lawyer and later worked as a healthcare attorney at Anthem Blue Cross and Blue Shield.  Most recently, Paula worked at the College of Law in the Center for Professional Development as the Employer Relations Coordinator.  Paula is excited to return to engineering, as the Women in Engineering Director in the Office of Inclusive Excellence and Community Engagement at the University of Cincinnati College of Engineering and Applied Science.  Paula is passionate about supporting women engineering students and recruiting the next generation of engineers. Paula also enjoys speaking with students about the intersection of law and technology.
Paula is the Co-Author of the 2021 American Society of Engineering Education (ASEE) Research Paper “Leveling the Playing Field: A Virtual Summer Camp for Women of Color”, presented at the 2021 ASEE Conference.  Paula presented a Lightening Round Discussion “From Beaker to Gavel...Engineers Make Great Lawyers” at the 2021 National Society of Women Engineers (SWE) Conference.  Paula has been a frequent speaker at the University of Cincinnati’s Engineer Your Major Workshop sharing her insight into pursuing a law degree after earning an engineering degree.
Paula is married to Attorney Nathaniel Lampley II.  Paula and Nate live in Glendale, Ohio and have two sons, Nathaniel III, a fourth-year student at the University of Cincinnati College of Medicine and Hunter, a 2020 graduate of St. Louis University, who works in Information Technology at Northern Trust Bank in Chicago, Illinois.