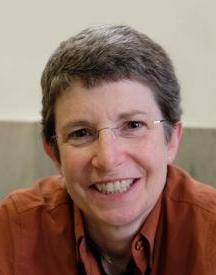 Lynne Lancaster is an archaeologist specializing ancient Roman construction and technology. She studied architecture at Virginia Tech where she received her B.Arch. She then earned an M.Phil. and D.Phil. at Oxford University in Classical Archaeology. She was Professor in the Department of Classics and World Religions at Ohio University (1997-2020) and served as chair of the department for a year (2017-18) before taking the post of Andrew W. Mellon Humanities Professor at the American Academy in Rome (2018-2021). She has also served as Visiting Professor at the University of Merson, Turkey (2007) and the University of Pennsylvania (2016). Lynne has published two books: Concrete Vaulted Construction in Imperial Rome: Innovations in Context (Cambridge 2005), which won the AIA Wiseman Book Award in 2007, and Innovative Vaulting in Architecture of the Roman Empire, 1st to 4th Centuries CE (Cambridge 2015) as well as numerous articles on major monuments in Rome and the Roman Empire. Her interests focus on the building materials and the construction process and what they can tell us about wider phenomena of supply networks, technology transfer, and the intersection of different craft technologies. She has received grants from the National Science Foundation, the Graham Foundation, and the Molly Cotton Foundation and was a Rome Prize Fellow at the American Academy in Rome (2001-2002)