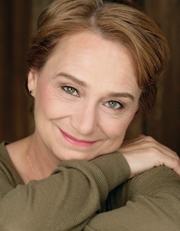 Marie-France Lefebvre works regularly as a guest assistant conductor at major opera companies, including the Metropolitan Opera and San Francisco Opera. She was a member of the full time Music Staff of the Washington National Opera from 1994-2004. She has worked with Wolf Trap Opera, Santa Fe Opera and Seattle Opera, and was the program and music director for the 20th Century Opera and Song Interpretation Program at the Banff Centre for the Arts.

Lefebvre currently serves as official accompanist for the Metropolitan Opera National Council Auditions in Washington, DC. She has been heard on many CBC Radio recitals, and has performed with artists including Samuel Ramey, Dmitri Hvorostovsky, Bruce Ford, Denyce Graves and Harolyn Blackwell.

Prior to joining CCM in 2008, Lefebvre served on the faculty of the Michigan State University School of Music (2004-2008) and previously was a guest instructor at the University of Maryland. She worked as a guest French diction coach with The Curtis Institute of Music from 1999-2004.