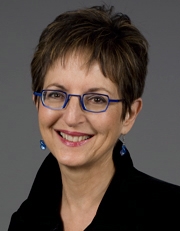 Donna Loewy, Professor of Collaborative Piano and Accompanist-in-Residence at CCM, University of Cincinnati,  has prepared and accompanied many top prize winners of the National Federation of Music Clubs Artist Competition, NATSA Artist Awards, D'Angelo Competition and Montreal Concours International de Musique. Much in demand as a collaborative pianist and master class teacher, she performs frequently throughout the United States. She is the official accompanist for the Metropolitan Opera Auditions (Southern Ohio Region) and has been an assisting artist at the Congress of Strings, the International Clarinet Conference, Tubamania in Sydney, Australia, the International Double Reed Society, the International Tuba and Euphonium Conference and the Yamaha Young Performing Artists Recitals.

Loewy has worked as an opera coach and pianist with the Israel Vocal Arts Institute in Tel Aviv, International Institute of Vocal Arts in Chiari, Italy, Cincinnati Opera, Dayton Opera ,Opera Theatre and Music Festival of Lucca, Italy, Lingua e Canto, Sant'Angelo in Vado, Italy, Si parla, si canta in Urbania and Arona, Italy. She has toured Australia as a member of the Seraphim Trio, and has performed concerts on the Queen Elizabeth II under the auspices of the Metropolitan Opera Guild Tour. As an accompanist, she has also toured extensively. With tenor Daniel Weeks (and presented by the Marilyn Horne Foundation), she gave recitals at the Kosicusko Foundation in New York, the Cleveland Art Song Festival, the Mozart Society of Carmel, California, and in residencies throughout the US.

Furthermore, in 2005, she and baritone Andrew Garland presented their first concert of Living American Composers for the Marilyn Horne Foundation; since then, they have performed at Carnegie Hall, the Phillips Collection and the Cosmos Club (Washington, D.C.), Art Song of Williamsburg, Fanfare in Louisiana, the Huntsville Chamber Music Society, Meng Concert Hall (Fullerton, CA), the Modern (Fort Worth, TX), the Cerritos Center (Cerritos, CA), the Montreal Conservatoire for the Andre Turp Society, St. Stephens College in Pennsylvania and other venues. Among the composers featured in their concert were Tom Cipullo, David Conte, Jake Heggie, Lee Hoiby, Steven Mark Kohn, Lori Laitman, Thomas Pasatieri, Stephen Paulus, and Jeffrey Wood. Garland and Loewy's recording of On the Other Shore (featuring all the folk song settings of Steven Mark Kohn)  garnered much praise, as has the album American Portraits, featuring the music of Jake Heggie, Stephen Paulus, Lori Laitman, and Tom Cipullo.

Loewy has also served as faculty with several organizations such as SongFest (2010), New Music on the Point (2012) and Barcelona Festival of Song (2012). Furthermore, she was awarded the Acuff Chair of Excellence at Austin Peay State University, coaching singers and instrumentalists. She is the voice consultant and co-author of The Inner Game of Music Vocal Workbook written by Barry Green.