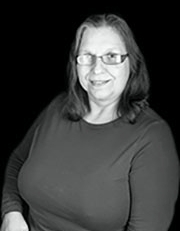 Johanna Looye has over thirty-five years of experience in Latin American development. Her work in Brazil includes studies of small business in Ceará and throughout the Northeast. She has also conducted research on urban environmental issues in the City of Rio de Janeiro and in 1999 she was awarded a Senior Fulbright Fellowship to teach and conduct research at the Federal University of Rio de Janeiro. Dr. Looye has worked on micro-and small-business development in Brazil, Thailand (handicrafts and sustainable development), Crete (alternative economic development for Hersonissos), and the U.S. In Cincinnati, Looye has served on the Board of Directors for the Cincinnati Business Incubator. She has also worked with the City of Cincinnati to identify local capacity for developing microenterprises and with Smart Money Community Services to develop a 12-week training program for aspiring entrepreneurs from Over-the-Rhine and the Findlay Market area. Dr. Looye teaches urban and regional theory, international development planning and economic development, primarily at the graduate level. She also teaches quantitative and research methods.

Fisher, Bonnie and Johanna W. Looye. “Crime and Small Businesses in the Midwest: An Examination of Overlooked Issues in the United States.” Security Journal 13 no. 1 (2000): 45-72. (Originally accepted for publication in International Journal of Risk, Security and Crime Prevention, which was purchased by the publisher of Security Journal. The two journals were merged right after this paper was accepted by the JRSCP editor.)

Looye, Johanna W. and Abdul Sesay. “Introducing Gender and Diversity into the Planning Curriculum: A Methodology for Department-Wide Implementation.” The Journal of Planning Education and Research 18 no. 2 (Winter 1998): 161-170.

Apostolides, Vasso and Johanna W. Looye. “Student Assessment of the Co-op Experience and Optimum Integration of Classroom Learning with Professional Practice.” The Journal of Cooperative Education 23 no. 3 (Spring 1997): 16-30.

Looye, Johanna W. “Real vs. Ideal and the Brazilian Jeitinho: A Study of Microenterprise Registry Under the New Microenterprise Statute.” In Beyond Regulation: The Informal Economy in Latin America, ed. Victor Tokman, 109-139. Boulder, CO: Lynne Rienner, 1992.

Methods of Research for Planners Level:Undergraduate

Film and the Global Village Level:Undergraduate