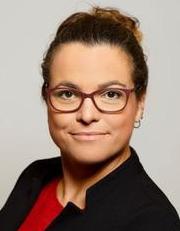 General - Tamara Lorenz is an Assistant Professor at the University of Cincinnati. She is jointly affiliated with the Department of Psychology, the Department of Electrical Engineering and Computation Science and the Department of Mechanical and Materials Engineering. Tamara Lorenz received her diploma (Dipl.-Ing., equivalent to a MSc.) in Mechanical Engineering from Technische Universität München (TUM)  in 2008 and her Ph.D. from the Graduate School of Systemic Neurosciences at Ludwig-Maximilians University (LMU) in Munich, Germany in 2015. During her Ph.D. she was affiliated with both the General and Experimental Psychology Department at LMU and the Institute of Information-Oriented Control at TUM. For her dissertation she explored emergent coordination and adaptation during human joint action and during human interaction with robots in order to create models for safe and acceptable HRI.