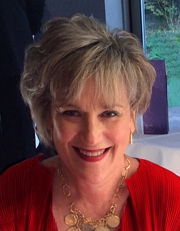 Professor of Voice; Dieterle Chair of Music in memory of George Andreas and Elsa Fishcher Dieterle

As a member of the American VocalArts Quintet, Lykes won 2nd Prize in the Concert Artists Guild International Competition. She has been a finalist in the New England Regional Metropolitan Opera Auditions, the recipient of a Vocal Fellowship to the Tanglewood Music Center, and the winner of the Franz Schubert Prize for Excellence in Interpretation of the Lied in Austria. An active recitalist, she has presented concerts in Oregon, Ohio, New York, Massachusetts, Arkansas, Costa Rica and Japan, as well as for the Virginia Art Song Society and The American Schubert Institute. Her recordings include the vocal chamber music of Brahms, Massenet, Schumann and Boulanger for Titanic Records with the American VocalArts Quintet, and songs of Charles Ives for Koch International Classics with the Detroit Chamber Winds.

Her studio is represented on and off-Broadway and in national tours of Hamilton, Bright Star, Cabaret, Dear Evan Hansen, The Book of Mormon, Les Misérables, Cirque du Soleil Paramour, and New York Spectacular with The Rockettes.  Her students have also appeared on Broadway and on tour in Beautiful – The Carole King Musical, Wicked, The Lion King, The Little Mermaid, Sister Act, The Scottsboro Boys, Urinetown, Follies, Little Women, The Full Monty, Footloose, and Chitty Chitty Bang Bang. Her students have been nominated for the Tony Award for Outstanding Actor and Actress in a Musical, Drama Desk and Outer Critics Awards, the Lucille Lortel Award for Outstanding Achievement Off-Broadway as well as the Grammy Award for Best Classical Vocal Performance.

Prior to joining CCM, Lykes was a member of the voice faculties at New York University and the University of Michigan. She has served as a master teacher for the Glimmerglass Opera Young American Artists Program, Bel Canto Northwest Vocal Institute, The Seagle Colony, University of Notre Dame Summer Scholars and The Art Song Festival at the University of Toledo.

(Additional study at the Franz-Schubert-Institut, Austria.)