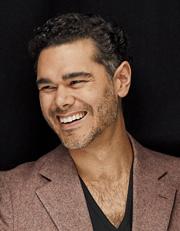 Elliot Madore officially joins CCM's faculty on Aug. 15, 2021. A Grammy Award winner, Madore has enthralled audiences around the world with his “robust singing and take-no-prisoners acting” (The New York Times) and “exquisite vocal beauty” (Opera News). Although COVID-19 cancelled many performances in the 2020-21 season, Madore was scheduled to return to the Metropolitan Opera to sing Mercutio in the Bartlett Sher production of Roméo et Juliette. The Canadian baritone was also scheduled to sing the role of Franz Wolff-Metternich in the world premiere of La beauté du monde at Opéra de Montréal, and was scheduled to return to both Opernhaus Zürich and Manitoba Opera to sing the role of Anthony Hope in Sweeney Todd. Orchestral engagements included his debut with the London Symphony Orchestra singing Carmina Burana, conducted by Gianandrea Noseda, and Ramón in Girls of the Golden West with the Los Angeles Philharmonic, conducted by John Adams. Madore also appeared in recital at Koerner Hall at the Royal Conservatory of Music in Toronto.

Over the past decade, Madore has performed in such illustrious European Opera Houses and Concert Halls as the Berlin Philharmonic, Zurich Opera House, Dutch National Opera, Glyndebourne Festival, and, among others, the Bayerische Staatsoper. He’s had the immense pleasure of working with such conducting luminaries such as Seiji Ozawa, Kirill Petrenko, Franz Welser-Möst, Marco Armiliato, Fabio Luisi, Gustavo Dudamel, Mirga Gražinytė-Tyla, Nello Santi, William Christie, Gianandrea Noseda, and many more.

In addition to being the grand prize winner of the Metropolitan Opera National Council Auditions, Madore was the recipient of the 2010 George London Award for a Canadian Singer from the George London Foundation, a finalist in the 2010 Eleanor McCollum Competition for Young Singers in Houston and the recipient of the ARIAS Emerging Young Artist Award from Opera Canada. He was also the winner of the 2009 Palm Beach Vocal Competition. Madore is a graduate of the Curtis Institute of Music where he studied with Marlena Malas.