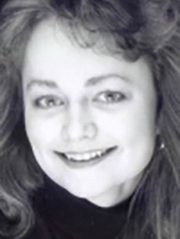 An active soloist and chamber musician, Madsen has performed as soloist with orchestras in Illinois, Indiana, Missouri, Kansas, Kentucky and Wisconsin. She was a featured artist at the 2001 Music Teachers National Association National Convention in Washington, D.C., performing Frederic Rzewski’s signature piece, 36 Variations on “¡El pueblo unido jamás será vencido!” (The People United Will Never Be Defeated!), which she has also recorded. A new music specialist, Madsen has worked with composers including Frederic Rzewski, George Crumb and Emma Lou Diemer, and has lectured on women composers and modern piano literature and technique.

She completed a concert tour of Japan with the Lakeshore Wind Ensemble in 1995, and has played chamber music in New York, Budapest, Hungary and throughout the Midwest. She performs with the Northern Kentucky Chamber Players and the Rookwood Piano Trio, as well as duo repertoire with several local professional musicians. Madsen is a member of the piano faculty at Earlham College in Richmond, Ind., a member of the Music Theory faculty at Northern Kentucky University, and will be Visiting Piano Faculty at Miami University in fall 2011.