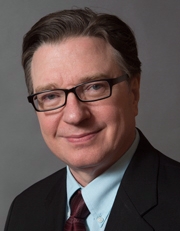 In addition to Brookline, he has built a long career as a music administrator dating back to the 1980s: founding director of the Community Music School and Director of Admissions at the College of Music at Michigan State University; coordinator of Music Services, director of the Celebrity Artists Series and instructor in the Music Administration program at the University of Alabama; director of the Wausau Conservatory of Music in Wisconsin; and arts coordinator for the Jefferson County School system in Florida.

As a flutist, Martin served as principal flutist of the Wausau (WI) Symphony Chamber Orchestra and associate principal flutist with the Central Wisconsin Symphony Orchestra. He has also had several engagements as a teacher: flute instructor for the University of Wisconsin-Marathon Center, visiting lecturer for the University of Wisconsin Stevens Point and an artist-in-residence for the state arts councils of Florida and Alabama.

A native of Charleston, South Carolina, John William Martin received his bachelor’s degree from the University of Montevallo (AL). He then earned a master of music degree in flute performance from Florida State University, where he studied under Charles DeLaney.

Martin’s other interests have included collaborations as both performer and composer with numerous dance companies including Happendance (Michigan’s oldest, continuing professional company), Children’s Dance Touring Theatre of Florida and dancers from the Martha Graham Company. He served as an officer on the board of directors and production manager of the Children’s Ballet Theatre of Michigan, 2003-09.