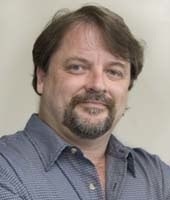 My research interests focus on how environmental changes interact with and influence: i) patterns of distribution and diversity, and ii) the evolution of species traits such as life history, morphology and behavior. I use a combination of research techniques in both the laboratory and the field to examine these issues and to test the predictions of ecological and evolutionary theory with respect to changes in the environment, both abiotic and biotic. I have worked with a variety of organisms, utilizing vertebrates (fish & amphibians) and invertebrates (macroinvertebrates and zooplankton) to address questions about how animals respond to environmental variation at both ecological and evolutionary time scales.

Patterns of Distribution and Organismal Traits: A central question in ecology and evolution deals with the factors that influence patterns of diversity and geographic distribution. One model system I use to address questions about how the traits of organisms influence their distribution is a genus of small fish of the family Poeciliidae. Poeciliids, and the genus Gambusia, are livebearing fish living in a variety of habitats in the Americas, as well as the throughout the Caribbean. The genus shows striking variation in the extent of the individual species geographic ranges. Some species are strict endemics, known from single springs in Texas and Mexico, and at the other extreme are the two species of mosquitofish, introduced worldwide and now showing a global distribution. I take a comparative approach to these questions, using existing phylogentic hypotheses for the clade and comparing the life history and behavioral traits between species that differ in distribution and their ability to invade novel areas and habitats.

Environmental Variation, Climate and Arctic Lakes: Lakes, as can be seen in any satellite image, are a ubiquitous feature of the high arctic in Northern Alaska. On the coastal plain, these lakes, termed "thaw lakes" are continually formed and drained as the underlying frozen layer, the permafrost, thaws and freezes. This dynamic process of formation, expansion and drainage is referred to as the "thaw lake cycle" and is the dominant landscape process in the region. I am interested in how these processes influence the aquatic communities in arctic lakes, and how the thaw lake cycle and the communities may change in a warming arctic. Our research group is also interested in incorporating traditional knowledge about the landscape and the resources upon which arctic human communities depend.

1. Colonization of novel habitats: I have long been interested in how the colonization of a new habitat influence species traits. Previous and continuing research has examined how the shift from stream to artificial farm pond habitats has influenced the morphology and performance of cricket frogs (Acris crepitans) in the Great Plains, and how the colonization of temporary streams by a salamander (Ambystoma texanum and A. barbouri) has resulted in changes in behavior and life history.

2000 -2010 Director, Director of the Center of Environmental Studies, University of Cincinnati, Cincinnati, OH

Sih, A., L. B. Kats and E. F. Maurer. 2003. Behavioral correlations across situations and the evolution of antipredator behavior in a sunfish-salamander system, Animal Behavior. 65:29-44.

Sih, A., L. B. Kats and E. F. Maurer. 2001. Does phylogenetic inertia explain the evolution of ineffective antipredator behavior in a sunfish-salamander system? Behavioral Ecology & Sociobiology. 49:48-56.

Sih, A. and E. F. Maurer. 1992. Effects of cryptic oviposition on egg survival for stream-breeding, streamside salamanders. Journal of Herpetology. 26:118-120.

Sustainability and curricular change across the University

Sustainability and curricular change across the University Workshop University of Cincinnati Level:University

1998 -1998: Med-Law Workshop: Perspectives on the impact of genetics on society University of Louisville, School of Law, Louisville, KY