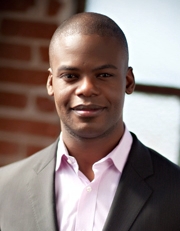 Winner of the prestigious Avery Fisher Career Grant, Demarre McGill is a leading soloist, recitalist, and chamber and orchestral musician. A native of Chicago, McGill began playing the flute at age seven. He attended Chicago’s Merit School and was a member of the Chicago Youth Symphony Orchestra. At age 15, he appeared as a soloist with the Chicago Symphony.

McGill has appeared as a soloist with the Philadelphia Orchestra, Pittsburgh Symphony, Dallas Symphony, San Diego Symphony and Baltimore Symphony.

Media credits include appearances on PBS’s Live from Lincoln Center, A&E Network’s The Gifted Ones and NBC’s Today Show and Nightly News. McGill also appeared on Mr. Rogers’ Neighborhood with his brother when they were teenagers.