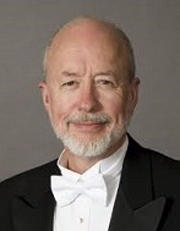 Professor McGraw has had the good fortune of sharing the solo stage with internationally acclaimed artists soprano Deborah Voigt, tenor Ben Heppner and mezzo-soprano Stephanie Blythe at Cincinnati’s May Festival, under the baton of maestro James Conlon. You can find McGraw as Manuel in Falla's La Vida Breve (recorded on Telarc), and as a baritone soloist in Liszt's oratorio St. Stanislaus, which won the International Liszt Competition and is also recorded on the Telarc label. In the summers of 2010 and 2011, Professor McGraw taught at the CCM Spoleto Music Festival in Spoleto, Italy. In the summers of 2013 and 2014, Professor McGraw taught at Opera On The Avalon under the direction of Cheryl Hickman in St. John’s, Newfoundland. In the summer of 2016, Professor McGraw taught in the wonderfully unique art song festival, SongFest, housed in the Colburn School in Los Angeles.  SongFest, which features influential living composers of song as well as high visibility coaches of art song, is the creation of Rosemary Hyler Ritter.

Professor McGraw has been named Omicron Delta Kappa Man of Merit by Baylor University in recognition of outstanding accomplishments.