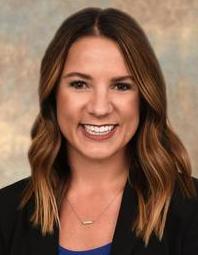 Current Role
(Example: Joseph Cheng, MD, is the Frank H. Mayfield Chair of Neurological Surgery of the UC Department of Neurosurgery at UC College of Medicine.)

Key Highlights (optional)
(Example: Formerly professor and vice chair of neurosurgery at the Yale School of Medicine, Dr. Cheng is an expert in complex spinal surgery, and is recognized nationally for his neurosurgery outcomes research which has led to improved patient care. He also is instrumental in guiding national health policy.)

Current Clinical Focus and Interests
(Example: Cheng’s clinical focus includes all aspects of spinal surgery such as treating degenerative disease, deformities, trauma, tumors and spinal cord injuries. He has a reputation as an expert in complex spinal surgery, with approximately 70 percent of his referrals originating from other surgeons who relied on him for revision surgeries or complex cases that were outside their realm of expertise.)

Summary of Background/Previous Work History, Education and Achievements
(Example: Cheng joined the Yale faculty in 2016 where he also directed the Neurosurgery Spine Fellowship. Prior to that, he was a faculty member between 2002 and 2015 in neurosurgery at the Vanderbilt University School of Medicine, where he also served as director of Vanderbilt’s Neurosurgery Spine Program. Additionally, he served on the faculty at the Medical College of Wisconsin from 2001 to 2002.