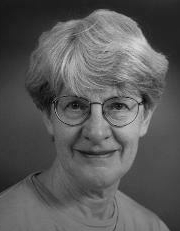 Professor Emerita Ann N. Michelini works in the areas of tragic drama and Platonic studies. She is the author of two books on tragic drama, including Euripides and the Tragic Tradition. She is also the author of an edited volume, Plato as Author: The Rhetoric of Philosophy, and has published a number of articles and reviews on topics in drama and philosophy. Her current research deals with the Phoenician Women of Euripides and dialogue technique in Plato's Protagoras. With Ruby Blondell, she is co-organizer of a Colloquium Group, "Plato as Literary Author," that fosters the literary analysis of Platonic dialogues at meetings of the American Philological Association. Also for the colloquium, she maintains an email list that reaches 97 classicists and philosophers in the US and abroad. She was Co-Chair of the Women's Classical Caucus in 2003-04 and is Book Review Editor for the Caucus publication Cloelia.