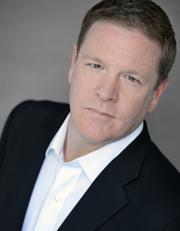 Chair and Professor of Choral Studies

Recognized as a visionary conductor and creative artist, Joe Miller maintains an active performance schedule. Miller currently serves as Professor of Conducting and Director of Choral Studies at CCM. In addition to his work at CCM, Miller is artistic director of choral activities for the renowned Spoleto Festival USA in Charleston, South Carolina, and since 2016 he has served as conductor of the Philadelphia Orchestra Symphonic Choir.

Miller made his conducting debut with the Philadelphia Orchestra in 2021, conducting Handel’s Messiah. Recent collaborations with Yannick Nézet-Séguin and the Philadelphia Orchestra have included premier performances of Kevin Puts’ The Hours with Renée Flemming, Kelli O’Hara and Jennifer Johnson Cano, along with premier performances in Carnegie Hall of Gabriela Franks’ Pachamama Meets and Ode. Past seasons' engagements have also included Beethoven’s Ninth Symphony with the Spoleto Festival USA Orchestra and Chorus and Poulenc’s Stabat Mater with the CCM Choirs and Philharmonia.

Featured works of the 2022-23 CCM season include performances for the ACDA National Conference, Joby Talbot’s Path of Miracles, and a collaboration with the Cincinnati Ballet featuring the CCM Chamber Choir and choreographer Taylor Carrasco. The Philadelphia Orchestra season includes Rachmaninov Kolokolo/The Bells being recorded for Deutsche Gramophone, Handel’s Messiah and the Bruckner Te Deum.

After viewing a staged performance of Joby Talbot’s demanding Path of Miracles at the 2019 Spoleto Festival USA, D.C. Theatre Scene wrote, “Joe Miller is a fearless artist. His bold leadership and trust in these young singers enabled his choristers to forego the ‘stand and deliver,’ score-bound habits of their genre and ‘walk with him’ on this special journey. Not only did the singers need to memorize their parts, no mean feat, but follow his baton’s bid from any part of the auditorium and sing in any body position. Miller constantly challenged them in the process and inspired them to work confidently, well outside their comfort zone.”

Miller’s ensembles have performed throughout the world, giving concert tours in Italy, Germany, Austria, France, England, China and Spain, as well as participating in the World Symposium on Choral Music in Barcelona. His choirs have toured extensively throughout the US performing for the American Choral Director’s Association National and Regional Conferences, and including groundbreaking performances of Julia Wolfe’s Pulitzer Prize-winning Anthracite Fields at the historic Roebling WireWorks as part of Westminster’s Transforming Space project.

Miller has been praised for his recordings. American Record Guide's review of Frank Martin: Mass for Double Choir stated:  “This is gorgeous singing … with perfect blend, intonation, diction, ensemble and musicality.” The Heart’s Reflection: Music of Daniel Elder was hailed by Minnesota Public Radio’s Classical Notes as “simply astounding.”  Miller’s debut recording with the Westminster Choir, Flower of Beauty, received four stars from Choir & Organ magazine and earned critical praise from American Record Guide, which described the Westminster Choir as “the gold standard for academic choirs in America.”

Miller has collaborated with some of the world’s leading orchestras and conductors, earning him critical praise.