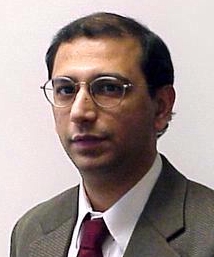 A&S School of Public and International A - 0372

Dinshaw Mistry is a Professor of International Affairs and Asian Studies at the University of Cincinnati, and Head of the Department of Asian, East European, and German Studies. He has also been a fellow at the Woodrow Wilson Center; the Belfer Center for Science and International Affairs, Harvard University; and the Center for International Security and Cooperation, Stanford University.
He specializes in international relations, security studies, Asian security, and technology and politics. Within these fields, his research covers two main areas: nuclear and missile proliferation, and South Asian security and US foreign policy in the region.
Dr. Mistry is author of two major books and co-author / editor of a third. The first, Containing Missile Proliferation, is a comprehensive study of the Missile Technology Control Regime (MTCR) and its impact on 14 missile programs; it also analyzes the supply-side approach to nonproliferation. The second, The US-India Nuclear Agreement, offers the most detailed analysis of nuclear negotiations with India; it highlights the impact of domestic politics on nuclear diplomacy. The third is an edited volume, Enduring and Emerging Issues in South Asian Security, where he authored the leading chapters on US foreign policy interests in South Asia, ranging from strategic issues to democracy and development, and regional challenges in these areas.
His additional writings appear in journals such as International Security, Security Studies, Asian Survey, Political Science Quarterly, Asian Security, and Arms Control Today, and in the International Herald Tribune, New York Times, and Washington Post.
His current research projects examine regional nuclear issues and the global arms control regime; the new dimensions of missile proliferation and missile defense; and US foreign policy in South Asia and its implications for Asian security.

* “The India Lobby and the Nuclear Agreement with India,” Political Science Quarterly (Winter 2013).

* “The MTCR, the Hague Code, and Missile Proliferation in the Middle East,” book chapter (Routledge, 2012) (co-author).

* “The Technology and Politics of Missile Defense" (1999)

“How to End Pakistan’s Support for Militants,” Washington Post, July 5, 2011.

“The Security of Pakistan’s Nuclear Arsenal,” HSDailyWire.com, May 8, 2009.

“Moving Away from Missile Programs,” BostonGlobe, June 19, 2006, with Charles Ferguson.