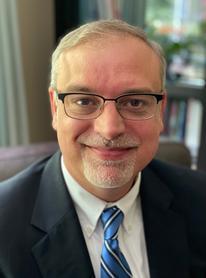 A&S School of Public and International A - 0375

Stephen T. Mockabee is Associate Professor of Political Science in the School of Public and International Affairs at the University of Cincinnati, where he directs the Graduate Certificate in Public Opinion and Survey Research. His research interests include elections, public opinion, survey research methodology, and religion and politics. Dr. Mockabee's work has appeared in a variety of professional journals such as Political Research Quarterly, Political Analysis, Political Behavior, Journal for the Scientific Study of Religion, and Politics and Religion, as well as in numerous edited volumes. His research on poll workers, conducted in collaboration with colleagues at the Center for the Study of Elections and Democracy at Brigham Young University, where he has served as a visiting scholar, was funded by the Pew Center on the States' Make Voting Work project. Prof. Mockabee has served on the editorial board of the Journal for the Scientific Study of Religion and as Program Chair of the Religion and Politics Section of the American Political Science Association. Prior to joining the faculty at Cincinnati, he served for several years as a research associate of the Center for Survey Research at Ohio State University.