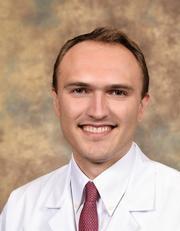 Personal Statement
One patient whom I cared for during an oncology rotation exemplified this process. She had been referred to our service from an outside hospital with the vague diagnosis of “carcinoma of unknown primary.” As I admitted her, I could tell she was in significant physical pain; initial imaging had shown metastatic disease throughout her skeleton. She was also frustrated ‐ no one could explain what was happening to her, and she desperately hoped that our team would be able to provide answers. Unfortunately, our initial workup was unhelpful, revealing no clues as to the origin of her cancer or what treatments would be effective. My team decided instead to pursue a different diagnostic plan involving our hospital's Precision Genomics department. I was particularly interested in this plan given my prior experience in cancer genetics research. I had just spent a year working with the Levi Garraway and Eliezer Van Allen labs to study how to leverage underutilized exome and genome sequencing information, and I was excited to see if a similar approach would hold promise for our patient. I volunteered to coordinate the patient’s workup, and in doing so gained a greater appreciation for the role of a physician as a communicator. In addition to helping manage the day‐to‐day clinical needs of the patient, I also became her “information clearinghouse,” assisting in her transfer between hospitals for a specialized biopsy, working with a genetics laboratory to analyze her tissue, and finally attending a tumor board meeting to discuss the results. The extra studies paid off; the collected genetic data revealed that the cancer had originally metastasized from the lung and suggested a previously unconsidered treatment option. This process highlighted for me the privilege physicians have to work at the interface of the individual patient and vast quantities of accumulated medical knowledge.

Why I Chose Cincinnati
When my girlfriend chose to come to Cincinnati for residency, I immediately became excited about the possibility of beginning my own residency at the University of Cincinnati Internal Medicine program. And when I had the opportunity to visit UC, I was blown away by its focus on resident education and its positive atmosphere. Dr. Warm presented a program unlike any other I had seen; one focused on a rigorous, data‐driven approach to a continually improving resident education model, without losing sight of the humanity of medicine. And his approach was reflected in the camaraderie and closeness displayed by the program’s residents. I’m excited to join the IM family at UC!