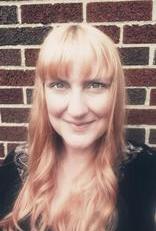 Melissa Neeley-Nicolini joined the CCM PR staff in March 2020. She began focusing her career in digital user-experience design and research in 2015.  She then specialized in education tech and accessibility, working on educational software for leading educational publishing companies such as MacMillan and Wolters-Kluwer. She is a former broadcast journalist, actress, dancer and film producer.

Neeley was a professional ballroom dancer, dance teacher, and choreographer from 1995 until she retired in 2012. She has worked in local theatre as a dancer, actor, and choreographer. Her most memorable dance performance was to George Gershwin's An American in Paris performed live by the Cincinnati Pops Orchestra with Erich Kunzel conducting at the Riverbend Music Center. Her last dance performance was at the Schuster Center in Dayton, Ohio in 2012.

She started out as the weekend news anchor on WHIO-FM in Dayton, Ohio. She then became News Director at Monticello Media in Charlottesville, Virginia, on November 1, 2007. Neeley anchored the morning news on Newstalk WCHV-AM/FM.  She also produced and hosted "Charlottesville This Week". Under her direction, in 2009 WCHV received the runner-up award for Most Outstanding Newscast by Virginia Association of Broadcasters.

In January 2012, Neeley resigned her position with Monticello Media and became employed with Clear Channel Media And Entertainment, now IHeartMedia, in Cincinnati. Neeley began her position as a News Anchor and Reporter for WLW-AM/FM and WKRC-AM January 9, 2012. Neeley joined the digital news team at WXIX FOX19 in Cincinnati in 2017.

Neeley was a guest reporter on HLN's Nancy Grace and Ashleigh Banfield shows from 2010 - 2018, giving information about news stories related to Virginia and the Ohio Valley.

In 2019, Neeley joined her colleague Chris Fortin in creating OUT Cincinnati, a local radio show streaming live on RadioArtifact, and broadcasting live on 91.7 FM WVXU-HD2 and 1660AM. Neeley and Fortin created the show to focus on suicide prevention, mental health, and other issues concerning the LGBTQ+ community in Cincinnati and the greater LGBTQ+ community. Neeley and Fortin created the show over concern there was lack of informational content about issues related to the LGBTQ+ community on local tv and radio shows. OUT Cincinnati is also a featured podcast on Apple Podcast and YouTube.

Neeley is also a former member of The Bent Theater a comedy improv group and performed in theater productions in Charlottesville, Virginia. She has worked with film director John Johnson in both the 2011 film Shadowhunters:Lost and in the 2015 film Plan 9. Neeley played the store clerk's wife in Shadowhunters:Lost. She was an associate producer and a zombie in the movie Plan 9. She is credited as Melissa Renee Neeley in both films.