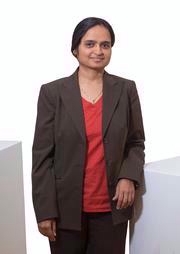 Shailaja Paik. "Health, Hygiene, and Sustainability among Valmiki (Sweeper) Women in Maharashtra." In Imraana Qadeer (Eds.), Dalit Women: Health and Human Rights India: Kali for Women. The Hindi version was out in June 2012.

Education and Exclusion of Dalits: A History of Hurt and Humiliation. 2016. the wire.in

"Tamasgir" Mangala Bansode and the "Tamasha" of her Life. 2017. the wire.in

2017. Review of The Gender of Caste, South Asia: Journal of South Asian Studies.

2018. Review of S. Anandhi and Karin Kapadia ed. Dalit Women: Vanguard of an Alternative Politics in India (Routledge, 2017). The Economic and Political Weekly of India.

Practicing Caste: On Touching and Not Touching. H-Asia.

Dalit Women: Vanguard of an Alternative Politics. Economic and Political Weekly of India.

The Gender of Caste: Representation of Dalits in Print in South Asia: Journal of South Asia. November.

(2013. ) The Reform of Women and Exclusion of Dalits .Amherst College, MA.

(2013. ) The Reform of Women and Exclusions of Caste .Institute for Research on Women and Gender, Columbia University, NY.

(2012. ) Education and Dignity: Examining the social and educational history of Dalit women in Maharashtra .Tata Institute of Social Sciences, Mumbai.

(2011. ) Caste and Democracy in India .University of Iowa, Workshop. . Level:International

(2009. ) What are you going to do with this math training? The Burden of Educating Dalit Girls,” .George Mason University, DC. Level:National