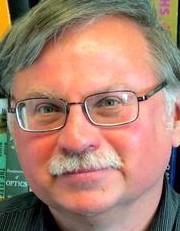 The goal of my research is to develop a computational tool that can uncover the pathway and the transition states that exist when a molecule changes conformation or when it chemically changes. In many such circumstances, a process must overcome an energy barrier before proceeding to completion. If the size of the barrier is large compared to the available thermal energy, a process must rely on the occurrence of one or more rare events. For such circumstances, one would like to understand the reaction pathways so as to improve yields, or as in the case of protein folding, to understand the intermediate states. Many simple processes have been explored using theoretical tools such as molecular dynamics, where the movements of individual atoms are calculated. However, when the barrier is large, crossing the relevant barrier is indeed a very rare event. Although computer speeds have been doubling every 18 months (a consequence of Moore's law), the exponentially long waiting times necessary for barrier hopping pushes the required computational effort out of the feasibility range for all but the simplest models. To explore these barrier-limited processes, I am working with students and collaborators to develop a novel computational technique to sample the paths themselves in a thermodynamically significant manner.