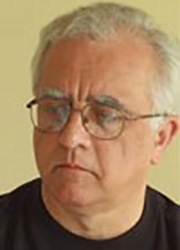 Igor Plitsyn holds degrees in Violin and Composition from Moscow State Tchaikovsky Conservatory, Russia, and a doctorate in Composition and Theory from the University of Cincinnati College-Conservatory of Music.

His many arrangements of concert and popular music were recorded and broadcast by Russian and Azerbaijan Radio and Television. More information about his work as a composer and performer is available on his website www.igorplitsyn.net.