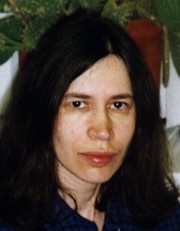 Research in Progress
I am continuing the work started in my Ph D dissertation by studying more about Holomorphic Spaces and operators acting on them. I am focusing on the de Brange Spaces and their invariance under the action of some operators (Toeplitz, Hankel, composition) or adjoints of operators.
A couple of new directions I am expanding my research into are: Differential Equations, Quadrature Domains,Geometric Analysis.
I am also studying new ways of teaching mathematics: PBL (Problem-Based Learning) group-work, the use of technology.

Recently, I have started work on Ilieff-Sendov Conjecture.

I have given talks and participated in many workshops, seminars and conferences, the last ones being:
2.  Summer Institute: “Teaching Precalculus Using a New Pedagogical Approach with New Uses of Technology”, Dickinson College, Carlisle, PA, June 19—24, 2002;

12. Technology and Teaching Workshop for UC faculty “Getting the Most out of PowerPoint and Using RefWorks (a web-base bibliography and database manager)”, UC Langsam Library, December 12, 2005

Awards & Grants • “Teacher Professional Development Mathematics Topics Foundational to Calculus” 2005-2007 (grant of $224,000 from the Ohio Department of Education. I am the principal investigator and my collaborators are Joy Moore and Ted Fowler;) (to be considered under “Service”) • UC Professional Development Individual Grant ($2225 to be used for attending the Joint Mathematics Meetings, San Antonio, TX in January 2006); • UC Professional Development Individual Grant ($2365 to be used in 2010); • UC Professional Development PBL team 2002, 2003, 2004 (each year, each participant got $1000, plus the team got $5000); • IMSA (Illinois Mathematical Sciences Academy) Award of Excellence for Caring to Challenge, 2001; I am very proud of getting this last award. It came for my work with a very gifted young student, Jady Hsin from Carbondale, Illinois. He got several awards for mathematical presentations and competitions, for which I helped him prepare. I have included Jady’s email letter and the letter from IMSA in my dossier. It was a real pleasure for me to work with this very young and incredibly motivated student. • Summer Research Fellowship for Graduate Students, University of New Hampshire (1993, 1994, 1995.)