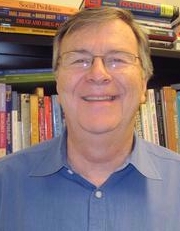 Gerald joined the UC faculty in 1968 and has had the privilege of teaching and working in four different UC colleges.  He has held numerous administrative positions including Department Coordinator, Assistant Dean, Academic Director, and Director of Undergraduate Studies.  During his time at UC he has seen many changes – to the physical campus, to administrative practices, to the role of administrators and faculty, to the way courses are taught, and to the expectations and needs of students in the classroom.  He has received numerous teaching and service awards during his tenure at UC, but he says that he is most honored when a student from an earlier time makes the effort to say, “Thank you!”

Ritchey, P N, Reid, G S, & Hasse, L A (2001). The relative influence of smoking on drinking and drinking on smoking among high school students in a rural tobacco-growing county. The Journal of adolescent health : official publication of the Society for Adolescent Medicine, 29(6), 386-94.