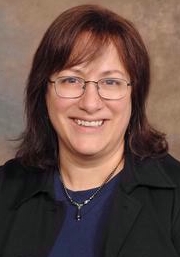 I serve as Assistant Professor and Director of the Occupational Health Nursing (OHN) MSN Program at the University of Cincinnati (UC). In this role, I have led the conversion from an in-class, local program to an online, national program, while also developing and teaching new OHN MSN course content. I also developed the OHN Program Core section of the University of Cincinnati Education and Research Center’s grant proposal which was subsequently awarded multi-year NIOSH funding for faculty effort and trainee stipends. I also developed and taught advanced statistical courses (i.e., bivariate, multivariable, and multivariate methods course series) while serving as an advisor to three PhD Candidates in the Nursing PhD Program. Prior to this role, I worked at the National Institute for Occupational Safety and Health as the only epidemiologist within two Divisions in collaboration with colleagues from multiple disciplines. I was also previously a Research Associate in UC’s Dept. of Environmental Health. Research projects in which I have been involved have spanned studies of respiratory effects of workers exposure to ceramic fibers to reproductive effects of bicycling. As a NIOSH Project Officer, I studied the respiratory health of nail salon workers. Cited publications I have coauthored demonstrate a history of transdisciplinary collaboration and inclusion of women and minorities in research. My current research focus is motivating increases in physical activity at the community level.

In collaboration with UC Education and Research Center students and faculty, my secondary research focus is on the occupational exposures and risks that attend work in home health settings and among vulnerable worker populations.

My past research focused on biomarkers of exposures and disease among occupational groups.  Pulmonary and reproductive health outcomes were characteristic of my past work.

Complete List of Published Work in My NCBI: http://www.ncbi.nlm.nih.gov/sites/myncbi/1bWHbV_pU63kN/bibliography/48546501/public/?sort=date&direction=ascending