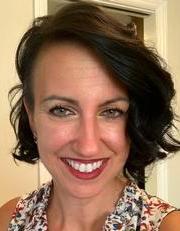 Heather Richard is a first-year PhD student in Ancient History focusing on the political and economic networks of the Hellenistic Mediterranean. Her research interests center on the early Ptolemaic kings, and the ways in which they interacted, adapted, assimilated, and forged new strategies to thrive in the Hellenistic landscape. Heather graduated from California State University Long Beach with a BA and an MA in (ancient) History and completed the Post-Baccalaureate Program in Classics at UCLA. Her master's thesis was titled "The Decline of Egyptian Maritime Hegemony: The Intersection of Economic and Political Influence in the Third Century B.C.” She also attended the American School of Classical Studies Summer Session II in 2013 and is currently affiliated with Getty Villa Museum in Malibu, CA as a docent.