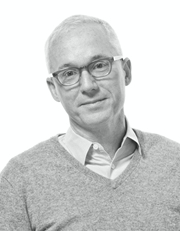 “Where to start”? This is a question I ask myself now, as I sit at my computer looking at a blank sheet of digital paper. It is a question asked by students of every age when faced with a challenge. So what is the answer?  As an educator and artist, my answer is that there isn’t one answer, but rather, just the question which requires investigation and for me, investigation begins with the hand of the maker. The maker is imaginative, inventive, and innovative. The maker is the lover of the how-to. Making is an infinite game and the maker is the player who plays simply for the pleasure of process, understanding, and the made object.

My love of process, understanding, and the made object comes directly from the doing. I discovered that I loved doing at a very early age. I was raised in a family of eight children. The environment was structured, yet we were given independence and freedom of inquiry. In my world, the pursuit of knowledge and creative expression was not only encouraged, but fostered. As child number four, I was the tinkerer, the maker, the creative one. I had three older siblings to follow, learn from, and compete with. I also shared the responsibility of mentoring, modeling, and competing with child numbers five, six, seven, and eight. We were taught discipline, respect, individuality, and community, principles key to building well-rounded, thoughtful people.

Department 7 is where I conduct my own creative research. Currently, my work is focused on large format oil paintings and related three-dimensional, sculptural works. Mainly I am focused on exploring surface. My own studio practice is where I can explore concepts, make discoveries, and experiment with materiality and methodology. My studio practice feeds my academic interests, pursuits, and pedagogy. Much of my work is intuitive and process-driven and it forms an empirical base of understanding of the materials and concepts that underlie art, architecture, and design. My co-founders and I have been invited to enter work into two competitions. So far, the founding group has entered a total of three, highly conceptual works into local an national competitions.