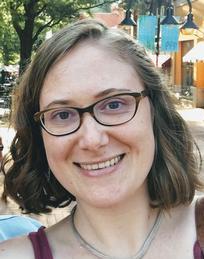 Kelly Shannon-Henderson's research focuses on prose literature, both Greek and Latin, of the Imperial period, particularly the 1st and 2nd centuries AD. Her monograph, Religion and Memory in Tacitus’ Annals, examines religious material in the Annals using cultural memory theory; it is the recipient of the 2020 Goodwin Award of Merit from the Society for Classical Studies (that organization’s highest scholarly award). She is also the author of a critical edition, translation, and commentary on the Imperial Greek paradoxographer Phlegon of Tralles. Her current projects include a co-edited volume of critical essays on Tacitus, a commentary on fragmentary Greek historian Heraclides of Pontus, and a study of the Latin title divus in Roman literary and epigraphic texts.
A full CV is available.