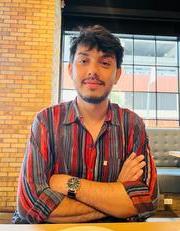 Yash’s research interests are political mobilization, electoral politics, and ethnoreligious nationalism, focusing on South Asia. He is particularly interested in the mobilization activities of the Bhartiya Janata Party in India. He is currently working on a publication studying the mobilization of youth in vigilante groups and another project that looks at anti-conversion legislation (so-called 'love jihad' laws) in India. He has a fortchcoming publication examining the politics of protest from the lens of prefigurative politics.

Yash has a background in International Relations and Comparative Politics. During his MPhil, he worked on a thesis on right-wing political movements in Eastern Europe and the politics of memory, social communication, and identity politics. As part of his Diploma in Conflict Transformation and Peace Building, he defended his thesis titled “Islamification of Pakistan under Zia-ul-Haq.” He recently worked on a project studying the constitution-making process in India. He was responsible for archival research on media coverage of the Indian Constituent Assembly debates and helping digitize resources related to the constitution-making process in India.

Refugee Crisis and the Rise of Ethno-Religious Populism in Europe .New Delhi, India.

Shaheen and the politics of protest in the anti-CAA movement in India .Cincinnati, Ohio.

Gender, Religion, and Resistance in the Anti-CAA protests in India: A Case Study of Shaheen Bagh .Seoul, South Korea.