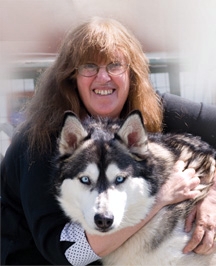 Dr. Shyan-Norwalt received her Doctorate in Experimental Psychology at the University of Hawaii in Comparative Cognition. After a two-year postdoctoral fellowship on research in primate cognition at the University of Texas Health Sciences Center at Houston, she taught for two years at Southwest Texas State University, and then moved to Butler University in Indianapolis, where she taught experimental methods, learning, and cognition for 13 years. She has been a college professor, published scientist, animal shelter manager, and animal behaviorist. She is an Educator Assistant Professor in the College of Arts and Science of Arts and Sciences at the University of Cincinnati and runs a private practice in companion, domestic, and exotic animal behavior. Primary research interests include animal welfare, the human-animal bond, and animal cognition.

Although I am an Educator Assistant Professor of Psychology, I have a history of research in Comparative Cognition. I have three primary research interests: 1. (Basic science) the processes related to the serial list memory and the serial position effect, 2. The behavioral correlates of perception, and 3. (Applied science) models of scientifically-based animal enrichment, scientifically based behavior problem solving and the human–animal bond.

I also maintain a professional practice. I am a Certified Applied Animal Behaviorist (CAAB, certified by the Animal Behavior Society), and was a member of the Board of Professional Certification for four years. I provide behavioral consultations for private animal owners, zoos, and laboratories.

2012 -2014 Animal Shelter Operations Manager, Shelter Operations Manager for Collier County Domestic Animal Services, in Naples, Florida. I evaluated animals for adoption, was responsible for animal behavior problem resolution both in-house and with adopted pets, I taught obedience training to volunteers and staff, developed enrichment programs, enhanced animal holding environments, presented public education lectures on animal behavior, and performed other animal behavior functions. I interacted with the public, enhancing customer service and pet retention, acting as a behavior resource both live and by phone. I managed 15 staff members, three supervisors, and over 40 active (200 inactive) volunteers. I supervised day-to-day activities, animal husbandry, coordinated with veterinary care, animal enrichment, public adoptions, media relations, fund raising, and public education. Our facility was an open-admissions facility and handled 3,000 domestic dogs, 3,000 domestic cats, stray and confiscated horses, pigs, goats, chickens, rabbits (and other “small fuzzies”) and a variety of amphibians and reptiles and birds. I was responsible for budgets, staff professional development and annual evaluations, public-complaints and issues (there were many!), interacting with other County-government agencies, meeting county-, state-, and federal-, and other responsibilities and duties. I interacted with the Advisory Board, the County Commissioners, the news media, and other stakeholders, Collier County Domestic Animal Services, Naples, FL

Shyan-Norwalt, M.R., Hettes, S & Estep, D. (2016. ) Social dominance and nothing in life is free – how useful are they for working with behavior problems in pets? .Webinar, Chat with CAABs (CAABChat. Workshop. . Level:International