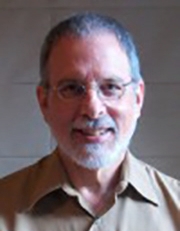 Rodney Stucky, co-director of the Early Music Lab at CCM and head of classical guitar studies in CCM’s Preparatory Department, has performed throughout the United States, Central America and South America as classical guitarist, baroque guitarist, lutenist and vihuelist. His performances include appearances in New York at the Cloisters with the Dupont Circle Consortium and in Washington D.C. with the Theater Chamber Players, directed by Leon Fleisher. He is also a member of the early music group, “Apollo’s Cabinet.” He studied guitar with Aaron Shearer at the Peabody Conservatory and has been a leading pioneer in guitar education for young children. Stucky can be heard on Vienna Modern Masters and Fleur de Son Classics.

He often performs in duo with his wife, Mary Henderson-Stucky. Since their debut recital in 1991 at the St. Louis Conservatory of Music, where they were both faculty members, the Stucky-Henderson Duo has performed often throughout the mid-west and eastern United States. They have also performed at the École Normale de Musique and the Conservatoire Supérieure in Paris, France and at the Caribbean resort, Maroma, in Quintana Roo, Mexico. Their repertoire spans the gamut of 16th century lute and vihuela songs to 20th century music for voice and guitar. They have been active in commissioning and inspiring new works for voice and guitar, one of which was given its world premiere at a Guitar Foundation of America International Festival. Stucky has also published “Five Spirituals” for voice and guitar through Southern Music. They have been featured on WGUC in Cincinnati and KFUO in St. Louis and have recorded for Fleur de Son Classics.