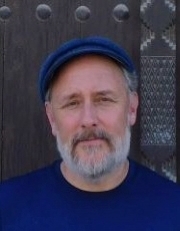 Professor Sunderland received his BA in Russian Studies from the University of Pennsylvania and his masters and doctorate in history from Indiana University. Since joining the department in 1996, he has taught in the fields of Russia and the Soviet Union, modern Europe, and world history.

Sunderland's principal research interests are in the history of the Russian Empire in the modern period.  In conducting his work, he has lived and traveled extensively in the Russian Federation and the other states of the former Soviet Union.

His most recent monograph, The Baron's Cloak: A History of the Russian Empire in War and Revolution, appeared with Cornell University Press in 2014 and was recognized with publication awards from the Association for the Study of the Nationalities (ASN), the Association for Slavic, East European, and Eurasian Studies (ASEEES), and the Ohio Academy of History.

Sunderland's current book-in-progress focuses on the history of Russia's encounters with Eurasia and the broader world during the age of Peter the Great.

He is also involved in ongoing research on Russian maritime history, the history of the Russian Far East and Northern Pacific, and Sino-Russian relations.

From 2015 to 2022, he worked as co-editor for the journal Kritika: Explorations in Russian and Eurasian History, and has served since 2018 as academic supervisor for the international research laboratory "Russia's Regions in Historical Perspective" based at the National Research University Higher School of Economics in Moscow.

Sunderland's research has been supported by grants from a range of leading institutions and organizations including the National Endowment for the Humanities, the Woodrow Wilson International Center for Scholars, the Fulbright Scholar Program, the International Research and Exchanges Board, the Social Sciences Research Council, and the National Council for Eurasian and East European Research. His most recent publication is: "The Greatest Emancipator: Abolition and Empire in Tsarist Russia," which appeared in the September 2021 issue of the Journal of Modern History.

The Baron's Cloak: A History of the Russian Empire in War and Revolution (Cornell University Press, 2014)

Russia and the former Soviet Union

Survey Courses: The History of Russia: From Perun to Putin; The Soviet Experience, 1917-1991; Russia Between Reform and Revolution, 1855-1917; World History, from Ancient Times to the Present

Special Topics Courses: Anna Karenina's Russia; Vereshchagin's World: Russian Imperialism in Life and Art; Land of the Giant Tsar: Russia in the Age of Peter the Great; War and Peace: Russia and Napoleon in History and Myth; Comparative Frontiers in World History; Travel, Exploration, and Empire in the European Experience, 1500-1900

Graduate Courses: War and Revolution in the Modern World, 1750-1914; The Literature of Modern European History, 1700-1900; Frontiers and Frontier Societies in Comparative Perspective; Methodologies of World History; Empires and Imperialism in European History, ca.1000-1914