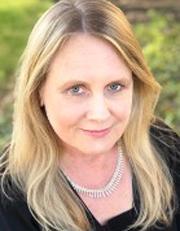 Kristy Swift’s research interests include digital humanities, film music, historiography, identity and music, music history pedagogy, music of Cincinnati and opera. Her monograph Thinking About Music History: Textbooks and the Canon is forthcoming from Clemson University Press. She is a member of the CCM Cincinnati Sounds: Exploring a Musical City Through Digital Exhibits project team, which received the UC Strategic Collaborative Award.

Swift has presented her research at annual meetings of the American Musicological Society, Society for American Music, Music and the Moving Image and Music History Pedagogy Conferences. Her work has been published in the Journal of Music History Pedagogy, The Diapason and Music Research Forum. Swift has taught hybrid and traditional face-to-face courses in American opera, madness in opera, opera and disability, politics and opera, protest(ed) music, Copland, Handel, Verdi, Wagner, research and writing, and graduate and undergraduate music history surveys at CCM and at Miami University in Oxford, Ohio.

As soloist and accompanist, she has performed throughout the United States in venues ranging from local Cincinnati and Northern Kentucky sites to Carnegie Hall. She has also served as director of music and organist at churches in Ohio and Florida.

Swift earned a PhD in musicology and DMA in organ studying with Roberta Gary at CCM. She also received an MM in organ studying with William Bodine and BM in education from the University of Florida. She served on the organ committee at Newtown United Methodist Church in Cincinnati for the installation of the M. P. Rathke Opus 8 pipe organ.