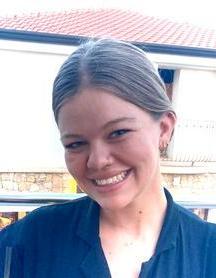 Callaghan is a second-year PhD student in Classical Archaeology. She received her MA in Classics from the University of Iowa in 2021. She received her BA with honors from the same institution in 2019, with a major in Ancient Civilizations and minors in English and Anthropology. Callaghan’s primary research interests lie in the archaeology of the Roman provinces, particularly in areas where the arts and architectures of different cultures interact in new and exciting ways. She is also interested in the creation, display, and use of Roman sculpture.

Callaghan has participated in excavations in both the United States and the Mediterranean, including an underwater survey project in the Balearics. She has worked in several museums and in the Iowa zooarchaeological laboratory and paleontological repository. Most recently, she participated in the University of Cincinnati's excavations at the Roman site of Tharros on Sardinia.