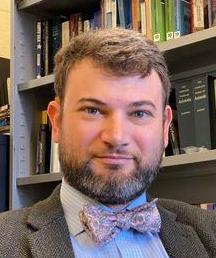 A&S School of Public and International A - 0375

William P. Umphres, Ph.D is a political theorist whose research focuses on norms of deliberation, theories of inclusion, and questions of equality and inequality in democratic institutions. His teaching focus covers the intersections of Law, Politics and Society, with emphasis on Political Theory and Constitutional Law. He challenges students to understand the structural dynamics of politics, re-examine fundamental assumptions about the nature and legitimacy of political institutions, and to participate in the ongoing process of constructing the “We” of “We the People.”

Professor Umphres earned his Ph.D from the University of Virginia, where his dissertation addressed the legitimacy of the use of religious and non-shared reasons and justifications in political discourse. He has published in prominent journals such as “Constellations” and “Political Theory.” His publications engage questions about how democratic processes of debate and deliberation can yield inclusive outcomes that uphold democratic norms of equality and self-government. His current research project builds on this work, deploying a systems-focused view of democratic deliberation to articulate a normative case for the importance of silence, listening, and the ceding of deliberative space amongst historically privileged groups.

In the classroom, Professor Umphres teaches courses in the History of Political Thought, Law and Society, Constitutional Law, and Courts and Judicial Politics. In these classes, he invites students to explore the theoretical and historical underpinnings of central aspects of the American Legal and Constitutional regime. Core ideas like human nature, the purpose of politics, freedom, equality and inequality, free speech, the nature and purpose of punishment, freedom of religion, freedom from religion, separation of powers, and executive privilege are examined in detail. Problems of racial and gender inequality, mass incarceration, access to goods such as healthcare, basic income, and courts are discussed and debated. Throughout, these theoretical concepts are tied back to specific manifestations in the American political context. Students are encouraged to apply these ideas to their lives as citizens.