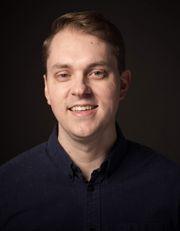 Andy Villemez, DMA, is a educator, composer, and author based in Cincinnati, Ohio, where he serves as Assistant Professor-Educator of Piano and Piano Pedagogy at CCM.

Villemez has presented lectures and workshops nationally, including national conferences of the Music Teachers National Association and National Conference on Keyboard Pedagogy. He have given workshops on topics ranging from professional development to cognitive tools for applied music instructors. He has contributed to articles and written reports in national publications including the MTNA e-Journal, American Music Teacher, and The Piano Magazine. His research focuses on creativity in piano teaching and the relationship between character development and music education.

As a composer and arranger, he has been commissioned by concert pianists, performing arts schools, Cincinnati Public Radio, and regional piano competitions. His works range from pedagogical pieces to concert works with emphasis on writing for piano and keyboards. He is also a prominent creator of educational materials. His textbook “Musicianship at the Keyboard: essential skills for the creative musician” was released in 2021.

Villemez is the founder and director of Creative Commissions – an annual arts outreach initiative that pairs professional composers with young musicians and their primary music teachers in order to collaborate on the creation of a new work. Each new piece is based on students’ strengths, weaknesses, interests and goals. Each project culminates in a premieres recital held every June in Cincinnati. Started in 2016, the project has involved award-winning composers and students from all over the country.

Villemez earned degrees from CCM (DMA, MM) and Vanderbilt University (BM). A native of Little Rock, AR, he currently lives in Cincinnati with his wife, Julie.