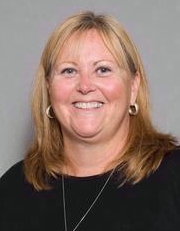 Janis Walter is a Professor of Paralegal Studies at the University of Cincinnati. She holds a bachelor’s degree in Political Science and a juris doctorate from Salmon P. Chase College of Law. She is licensed to practice law in Kentucky and Ohio. Her emphasis in private practice was civil litigation and private adoptions. She currently coordinates and teaches in UC’s ABA approved paralegal program, a position she has held since 1988. Ms. Walter also serves as a Commissioner for the American Bar Association’s Approval Commission on Paralegals. Prior to this appointment, she served as the educational representative on many site teams evaluating paralegal programs. Professor Walter is also an active member of the American Association for Paralegal Education where she has developed model syllabi and served as editor of the Paralegal Educator. She has also presented at many different forums on topics ranging from teaching effectiveness to handling adoptions. Ms. Walter's publications include The Ohio Courts and five case studies, including civil litigation, family law and criminal law.

07-2011: StandingCommittee on Paralegal Education American Bar Association, 1 of 6 members in the United States.