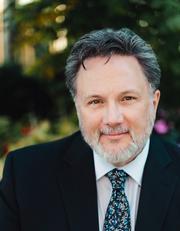 A passionate advocate for Art Song recitals, Weeks taught the Vocal Literature seminars at the University of Louisville after joining the voice faculty in 1998. In 1999, he was a National Finalist in the Metropolitan Opera’s National Council Auditions and was also named Young Artist by the National Federation of Music Clubs. In October 1999, he made his New York recital debut with CCM Accompanist-in-Residence Donna Loewy on the Judith Raskin Memorial Concert Series. In February 2000, Weeks was the “On Wings of Song” recitalist with Loewy under the auspices of the Marilyn Horne Foundation. For the next three years, he and Loewy presented recitals and school presentations for the Horne Foundation across the country.

Additionally, Weeks has collaborated with such notable pianists as Timothy Cheek, Valerie Trujillo and Douglas Fisher. Additionally, he and pianist, Naomi Oliphant have given over 150 performances throughout the US, Canada and Europe since 2002. These performances include recitals in Katowice, Poland, Brno, CZ and an appearance in Toronto, Canada, at the 2007 Collaborative Conference hosted jointly by the Canadian Federation of Music Teachers’ Association, the Music Teachers National Association and the Royal Conservatory of Music.

In 2009, Weeks and Naomi Oliphant released their album Women of Firsts: A Recording of Art Songs by Lili Boulanger, Amy Beach, Grażyna Bacewicz, and Vítězslava Kaprálová on the Centaur Records label. Critically acclaimed in the US and Europe, this recording showcases art songs by women who were the first in their respective countries to achieve national and international recognition for composition. He and Dr. Oliphant recorded their second album entitled The Lieder of Franz Liszt, which is scheduled for release with Centaur Records in 2015.