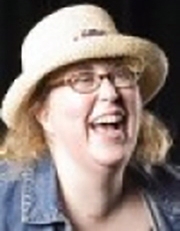 Cincinnati area native Missy Whitis has taught public and private school music and drama for more than 15 years. She holds a BME from Eastern Kentucky University and has taught in schools from the coal mining hills of eastern Kentucky to Kissimmee, Fla., where she served as music supervisor for the International Baccalaureate program. Whitis is a four-time honoree in Who’s Who Among American High School Teachers, and has been recognized in Who’s Who Among American Professional Women.

Whitis has directed, choreographed and produced numerous shows for schools, community and professional theatres. Many of her former students are studying acting and musical theatre in some of the nation’s top university programs, with one currently in the Broadway cast of Rent. Whitis recently was awarded several top Ohio Community Theater Association honors as the vocal director of the regional premiere of Rent, as well as the regional premiere of The Light In The Piazza. She has directed and written musical arrangements for vocal groups that have opened for Michael Buble and Jessica Simpson, and is a much sought after vocal and audition coach.

Whitis, however, is best known as an Improvisation instructor, coach and innovator. Her schedule is filled with invitations to speak at schools, churches, civic organizations, conferences, and on television and the radio. She is a two-time cancer survivor and Fast Company magazine has ranked her in the top two percent of influential people on the Web.