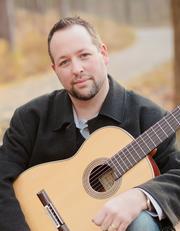 The Guitar Foundation of America’s Soundboard wrote that, “Wilke’s playing goes far beyond the notes, convincing the listener that both composer and performer are living, sensate persons, giving us the opportunity to understand something deep through this beautiful language of music.” The Lute Society of America Quarterly stated, “The listener is immediately captivated by [Wilke’s] virtuosity, dynamics and color that are so abundantly present” and the Allgäuer Zeitung (Germany) noted that “Wilke's nuanced, meditative and emotionally intense performance was met with rapturous approval." His discography focuses on under-represented repertoire, including the only recording to date of the works of the 17th century French composer Charles Hurel and two volumes of music by contemporary Ukrainian-American composer Roman Turovsky.

Recent performances include a special solo concert for members of the Congressional Caucus on the Arts in the Capitol Building (Washington DC), the European Lute Festival in Füssen (Germany), the Central Coast Guitar Society (CA), the Boston Early Music Festival (MA), the Austin Peay State University Guitar Festival (TN), with Flying Forms Baroque Ensemble in St. Paul (MN) and appearances with the Columbus (OH) and Sarasota (FL) Symphony Orchestras. As a scholar, he has presented lectures for the American Musicological Society, the Guitar Foundation of America, the University of Notre Dame and Stony Brook University.

Wilke is the former President and long time board member of the Lute Society of America and currently serves on the board of the Greater Cincinnati Guitar Society. He is director of guitar studies at CCM.