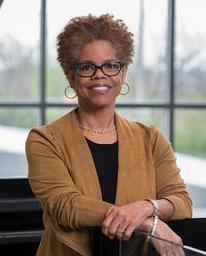 Dean and Nippert Professor of Law

Dean Verna Williams joined the College of Law in 2001 after practicing many years in the areas of civil and women’s rights.  Prior to her appointment as Dean, she taught in the areas of family law, gender discrimination, and constitutional law. In addition, she co-directed the College’s Center for Race, Gender, and Social Justice with Professors Kristin Kalsem and Emily Houh.

Before joining the College of Law, Dean Williams was Vice President and Director of Educational Opportunities at the National Women’s Law Center, where she focused on issues of gender equity in education.  During her time at the Center, Dean Williams was lead counsel and successfully argued before the United States Supreme Court Davis v. Monroe County Board of Education, which established that educational institutions have a duty to respond to and address complaints of student-to-student sexual harassment.

Dean Williams also clerked for the Hon. David S. Nelson, U.S. District Judge for the District of Massachusetts.  After the clerkship, she practiced law at the Washington, D.C., office of Sidley & Austin and at the U.S. Department of Justice.

Dean Williams’s research examines the intersection of race, gender, and class in law and policy.  She has presented papers at such venues as the Latina/o Critical Race Theory Conference and meetings of the Association of Law, Culture and the Humanities. Dean Williams also has served as a consultant for the Ford Foundation; in that capacity, she chaired the convening of a national conference at UC entitled Women Coming Together:  Claiming the Law for Social Change.  Dean Williams received the Goldman Prize for Excellence in Teaching in 2004 and 2011.