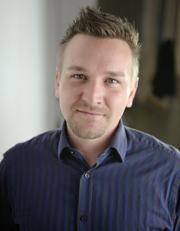 Matthew Wilson has been a performer, director, educator and administrator for over 25 years. He has worked with numerous organizations including the Broadway League, the Roundabout Theatre Company, the Children's Theatre of Cincinnati, the Carnegie and Cincinnati Landmark Productions.

Wilson holds a BFA in Musical Theatre from Northern Kentucky University and an MA in Teaching. His favorite on stage role has been the Emcee in Cabaret. His directing highlights include next to normal, Into the Woods, The Rocky Horror Show, The Full Monty, Chicago and Spamalot.